After saying goodbye to Chad in Perth, Ben and I jumped on the overnight flight from Perth to Brisbane, landing at 5AM local time. Needless to say the 4 hour flight wasn’t the most conducive to sleeping, so we headed to the hostel to try to catch a few hours worth of Zzz’s.

Brisbane is a much more mature city than Perth, as evidenced by the architecture and city feel. In the oldest part of the city, streets are named after British Monarchs, with female streets running parallel one direction and males the other. When our waiter told us that at lunch, it definitely made navigation a ton easier. 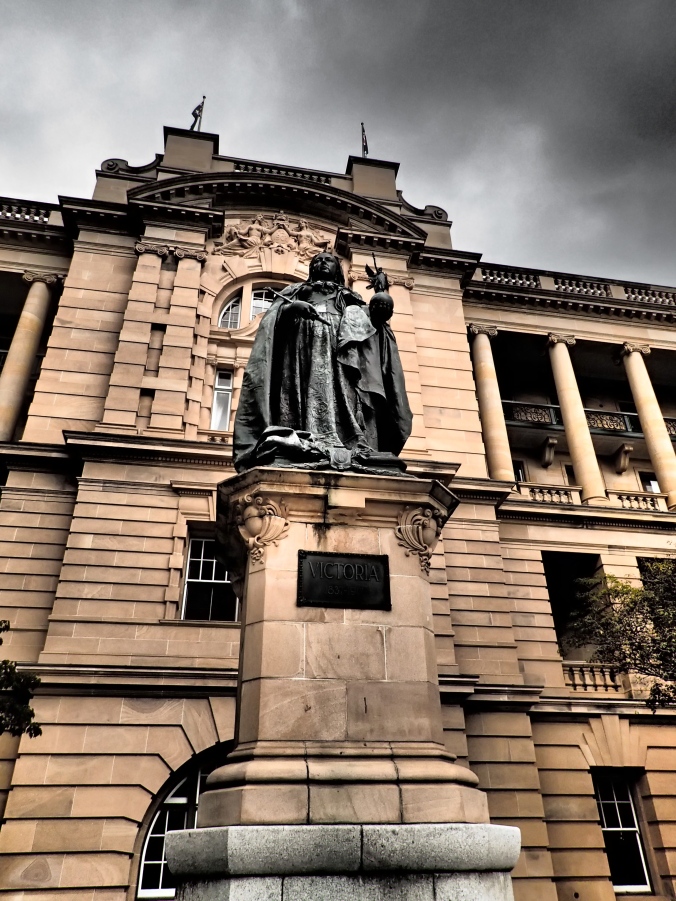 Benny and I wandered down through the center of town, eating lunch near St. George square. Benny had a quick errand to run for some paperwork at the Medicare office, so I got a quick glance at completely socialized medicine. It was in the middle of the shopping center, and run like a DMV. As far as efficiency goes, we were in and out in 10 minutes, so I considered it a win.

We met up with some people for dinner, eating at Breakfast Creek, one of the oldest continuously run establishments in Brisbane. Open for 125 years, it has a fair share of ghost stories, high water marks from floods, and a cracking good petit filet.

The hostel we’re staying at is attached to a bar, which leads to some late night comedy that money can’t buy. Stumbling drunk Asian guys hitting on standoffish British girls, the three angry looking German dudes standoffishly bogartting a corner, two dreadlocked hippies dancing in their own little world and everyone’s favorite, the selfie snapping American girl up from her study abroad program in Sydney.

The best thing about hostel life is that there is no social order going into an evening, so everyone just tosses themselves together with reckless abandon, and sees where the night is going to take them. Tomorrow there will be a whole new crew. Hilarity inevitably ensues.

Heading to Hamilton Island tomorrow en route to the Whitsundays. Looks like Tropical Storm Ita is going to be heading considerably north of us, so we won’t have to worry about that while we’re out on the boat. Internet will be scarce, so it might be a bit before the next post, but it will be full of pictures from the Great Barrier Reef.

One thought on “Brisbane Hostel Life”