We’re winding our time down in Perth and leaving for Brisbane tonight at 10:45 PM. We’ve had a great time here in Perth for the last 10 days. The people have been stunningly accommodating at every turn and staying with Chad has really given us the local flavor of the place.

The last couple days were spent running around Perth, from the outstanding weekend market to my first footy game which morphed into a late night out in Mount Lawley.

After we got going on Saturday morning, Chad took us 3 blocks from his flat to the Subiaco Market, which is a combination farmers market/international food fair. The food was fantastic and completely ethnic. There was a huge paella stand next to a Greek souvlaki place. Just down the row from them were two competing Indian vendors who were staring at a Vietnamese joint which shared a wall with a Turkish shop. I ate paella on Saturday and got a sampler from the Exotiful African Food stand on Sunday. When I asked Ben if he wanted me to get him anything, he said a club sandwich or something easy. The closest thing I found was a handmade Turkish diced chicken pocket. Standard food was no where to be seen. 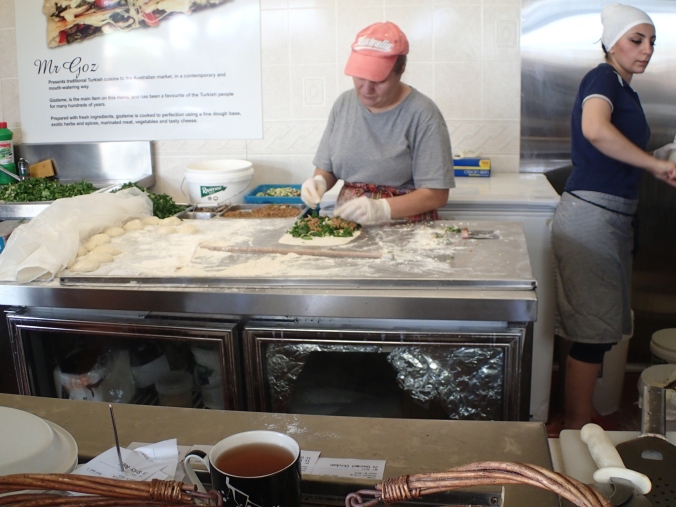 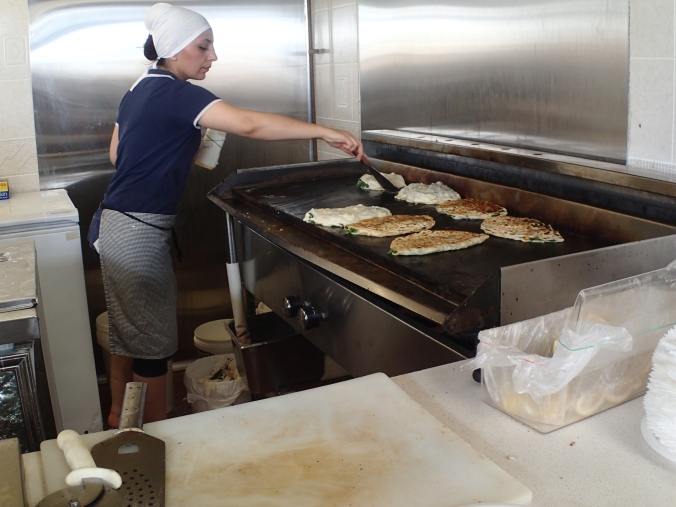 The place was completely bustling both days I was in there. There is also a huge fresh fruit and vegetable stand next to a fresh fish monger. 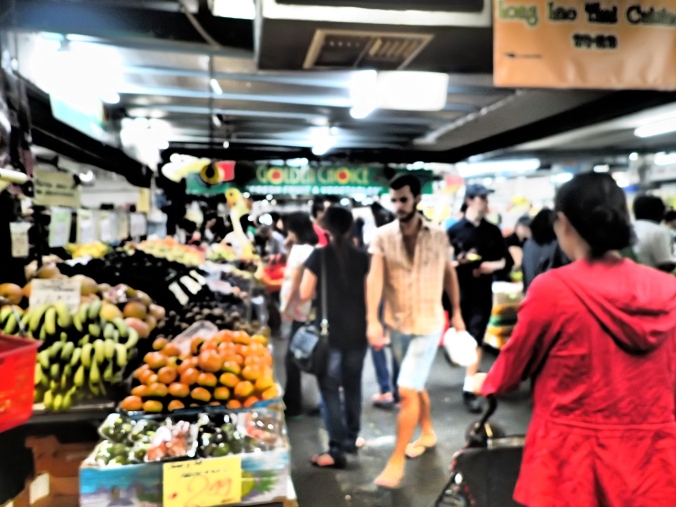 The whole scene was alive with color, chattering masses and some crooning Aussies covering Johnny and June Cash’s hit “Jackson.” It seemed that nothing made sense, but it was so haphazard that nothing seemed out of place either. All and all a great experience, which properly summed up the Australian culture as a nation of immigrants. 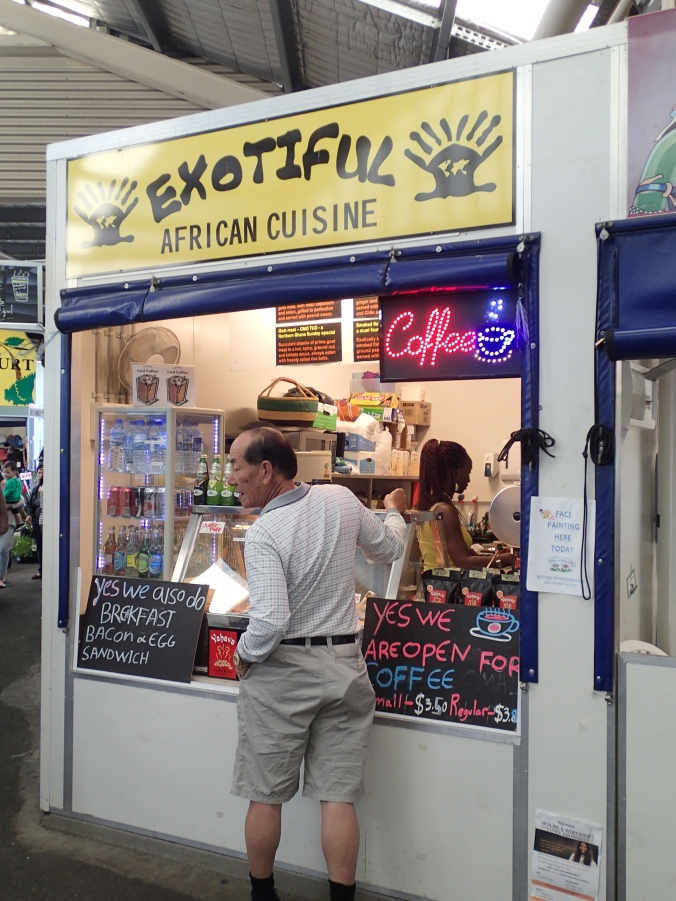 After the market, we met up with Ben’s Perth counterpart at Future Music, and had a few pints before heading to the footy game. The neighborhood around Patterson grounds isn’t exactly Wrigleyville, but all the pubs were jam packed with Eagles (West Coast) supporters prior to the game. The girls were sitting in the box for one of the big newspapers, while Benny and I were sitting in some seats arranged by Chad. 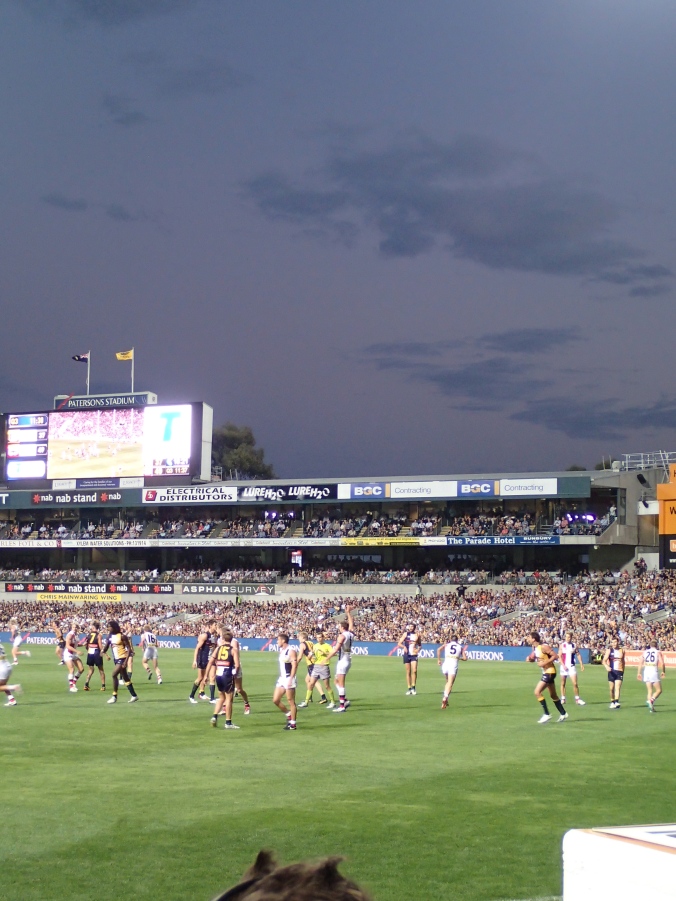 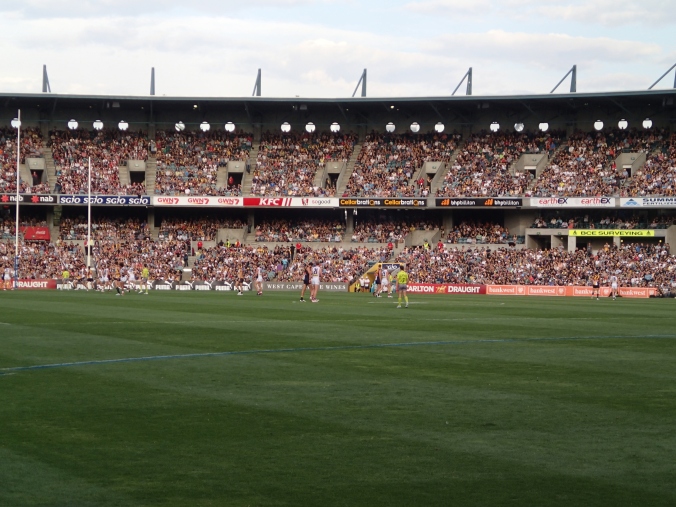 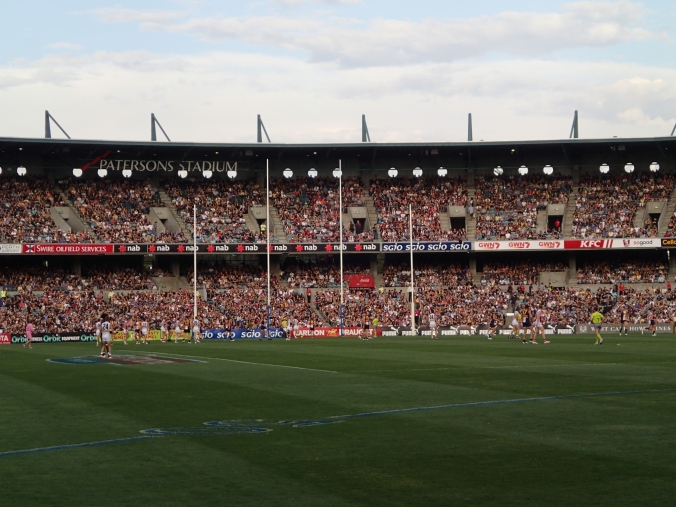 We weren’t expecting much, as St. Kilda were 58.5 dogs and 13:1 to win. However, the Saints gave it a real smashing effort in the early going, which helped keep us interested in the game. I was still fascinated that a sport that attracts 40k+ people 26 games a year is virtually unknown outside of Australia.

After the game we had a little vinyl party pre-game with our newly fixed record player. I think I might have to invest in one when I get home and settled. Quite a different sound than the digital we’ve gotten used to, and people seem absolutely fascinated by the things. After that Ben and I headed up to Mount Lawley with Sarah and Kate, where we had a good night and met up with some other people from the music industry.

Sarah is actually a top PR person for Western Australia tourism, so it was very interesting to hear her perspective on both the perceptions and reality of tourism in this part of the country. Most Americans tend to head to the east coast of Australia when they come down on holiday, so WA has made a big push into trying to capture part of that market. From what I’ve seen, they shouldn’t have too much of a problem attracting visitors. It is truly a beautiful and vibrant part of the world. She told me about a NYTimes article comparing Perth to Williamsburg in Brooklyn. She took it to be a compliment, which in some circles, I’m sure it is.

Yesterday was reserved for taking it easy on Cottesloe Beach and watching Essendon beat down on Carlton in the late afternoon footy game. Cottesloe was a gorgeous beach, which appears to be a real hot spot for kiteboarding. The sky was full of kites south of the break, and watching these guys go at it at pretty substantial rates of speed made me want to develop a new hobby. 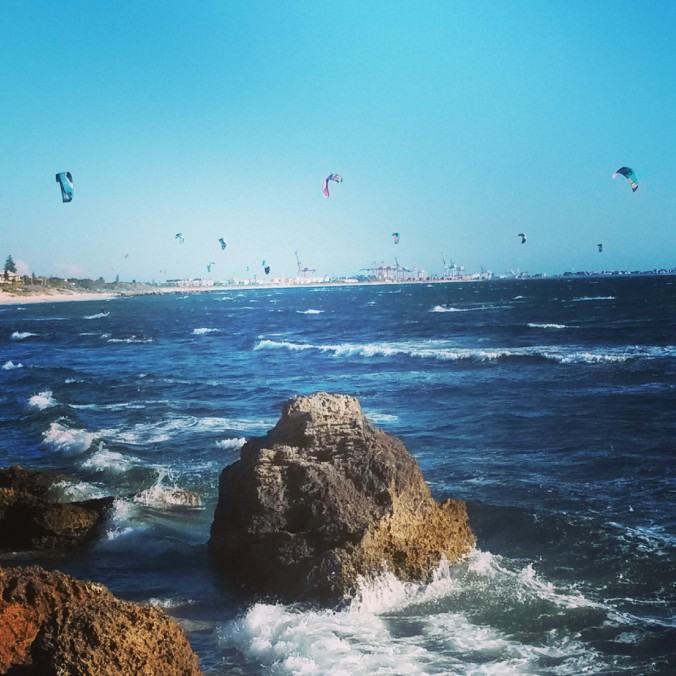 Benny and Chad went and punched it quite hard with some of Chad’s mates after the polo game, but I stayed in to catch up on some writing and sleep.

Brisbane tomorrow for a couple of days, then off to the Whitsundays, where we’ve heard that Tropical Cyclone Ita is going to come join us at least temporarily. We’ll keep an eye on it, but as of now it looks like it will be heading a decent bit north of us. Time will tell.

Well I’m sure everyone wants to get back to Game of Thrones so I’ll sign off. Next stop Brisbane!