In the last 6 weeks on the road, I’ve made more than my fair share of friends. One friendship that I will truly treasure as highly as any will be with Man from Hoi An.

A university student, studying of all things, Banking and Finance, Man was our tour guide with Hoi An Kids, a group which puts Western tourists with local university students to develop student’s English and foster a positive tourism experience within Vietnam.

Man took us to a local island where we got to see and participate in a variety of traditional local activities, from rice noodle making, boat making, mat weaving and an understanding of a local family temple.

After spending 5 hours sweating and smiling along with us, Man suggested hitting up a bahn mi spot in Hoi An, which to my delighted surprise was once visited by Anthony Bourdain on No Reservations.

The sandwich really was a symphony on a baguette, with beef, chili, fresh cucumber, fried egg, chili sauce and a host of other lightly pickled vegetables that almost made me cry knowing I’d probably never have another again. He dropped us into another local coffee shop where we talked about the economics of his family’s farm and his ambitions after finishing university.

I asked him if he had any suggestions on how best to get up to Hill 55, a place where my Uncle Denis had fought during the Vietnam War.

Normally, I would’ve been a touch nervous about bringing the war up, but Vietnam is a place that is largely at peace with its past. One of the youngest populations in the world, Vietnam doesn’t bother with the problem of trying to explain away its history. The Vietnamese ethos is firmly in the present, with a solid lean forward.

There is something to be learned from that, both as a nation and as an individual.

Man said that he’d be more than happy to take me up to Hill 55, and that he’d see me bright and early in the morning. 8 AM rolled around and he was at the gate, smiling as I choked through a cup of delicious Vietnamese coffee.

We took off on his moped, to go grab one for me. We pulled into an alley off the main drag, (ironically only a few doors down from Cafe 43, where we’ve been taking our cooking classes) and he smiled and said, ‘There’s yours.” I jumped on my bike and away we went, about 20 miles outside of Hoi An to the site.

For anyone who is unfamiliar with Vietnamese traffic, let me tell you, this was an adventure. I’m pretty well fearless where motor vehicles are concerned (thank you again Uncle Andrew) but this was just insane.

Imagine an Indianapolis 500 with 200 cars in the field, except with mopeds, cars, touring buses, and bikes. All vehicles go approximately the same speed, no two horns sound alike (though all are constantly being used) and no one has a rear view mirror.

The only rule is to not kill another driver.

I still have yet to see a stop sign since we left Hanoi, and I’ve only seen a handful of stop lights, all of which were treated as flippant suggestions more than the law. There is no such thing as a Vietnamese traffic cop, other than the guy with a scoop shovel who cleans up the inevitable accidents.

I was excited, but my ass still hurts from the constant clenching as I weaved in and out of mopeds carrying families, 16 foot long PVC pipes, 5 100 lb bags of rice, and a massive pile of rice sheaves reminiscent of a certain Monet series.

Then there were the middle of the road cattle drives. 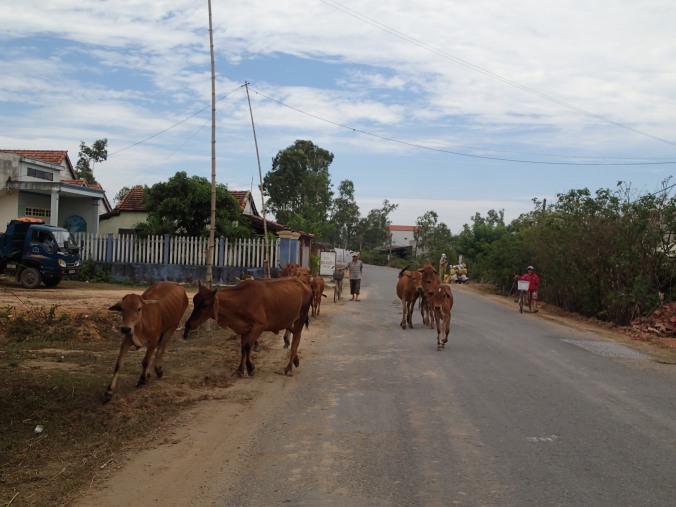 But we got there, and that’s what’s important.

Once we got there, Man showed me the still flattened remnants of the old American Marine Bases, while showing me the panoramic geography of the area. Even to a total military novice like myself, it was very obvious to see the military value of such a hill, which is why it has been fought over between the Vietnamese and their various foreign invaders for the past 1100 years.

Once we got to the top of the hill, Man and I talked about his thoughts on the wars. We talked about the long history of Vietnamese occupation. His reverence for “Uncle Ho” was obvious, but so too was his understanding that the past does not dictate the present.

Only in the past 39 years has Vietnam been a country allowed to operate on its own.

I want to be clear that I’m not about to embark on an American apology tour, a la President Obama 2008. Nor am I about to engage in re-fighting a war which cost both sides entirely too many fathers, brothers and sons.

There is a lesson to be learned from all things if one is willing to stop trying to justify the actions taken, and look at a situation holistically. Too often, we constantly try to paint history to put ourselves in a better light, at the cost of real growth.

The Vietnam War was an absolute tragedy. Americans have for 40 years tried their hardest to ignore it, and in doing so we have failed to learn the lessons it offered.

In 12 years of school, I never once was taught anything about the Vietnam War aside from the fact that it happened. A war that cost nearly 60,000 American lives wasn’t considered important enough to teach to our students from 1993-2005.

That is absolutely criminal. Having lived half of my life in a world shaped by the post 9/11 wars, I find it absolutely asinine that we aren’t teaching our students about a war that so brutally divided a country we still haven’t completely healed.

How can we ask the next generation of leaders to be better than the last if they aren’t expected to consider the historical situations that got us to where we are today?

The lessons offered by the Vietnam War were paid for with the blood of 58,220 men. It is a callous offense to their memories if we don’t learn from it.

Since landing in this country, I have tried to educate myself on the ins and outs of Vietnamese history. Desire for self governance remains the prevailing theme regardless of what I read. 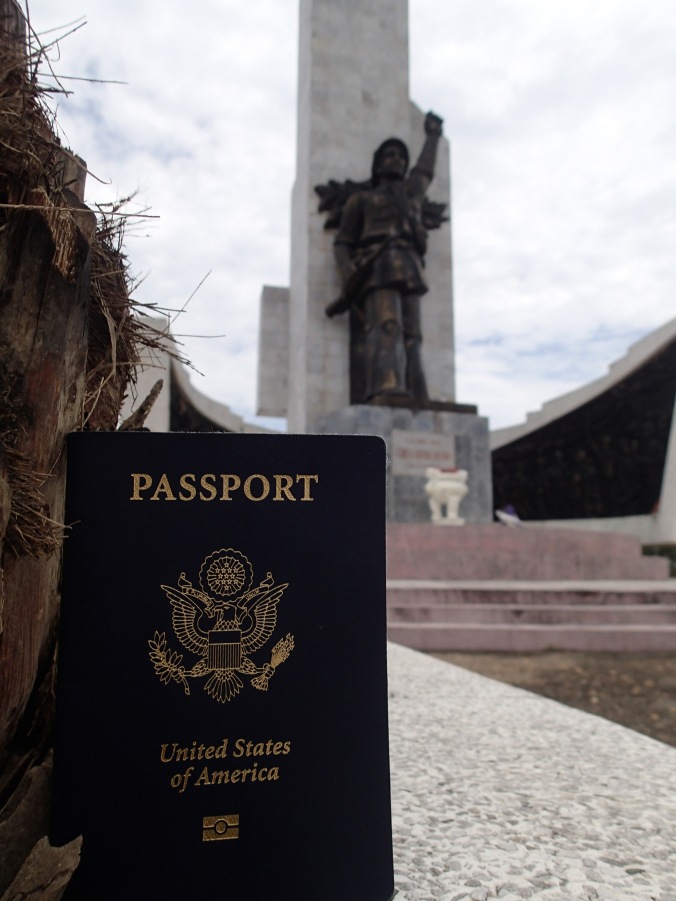 A day many thought would never come

An excerpt of this unanswered letter, from Ho Chi Minh to Harry Truman in 1946 was particularly powerful to me.

“These security and freedom can only be guaranteed by our independence from any colonial power, and our free cooperation with all other powers. It is with this firm conviction that we request of the United Sates (sic) as guardians and champions of World Justice to take a decisive step in support of our independence.

As Man and I stood on that hillside, opposing heirs to a legacy of bloodshed, he looked at me and said.

“I do not hate America, I don’t understand why they fought my people, but that is in the past. The duplicitous Chinese are the enemy of the future, and Vietnam must stand with America against them.” 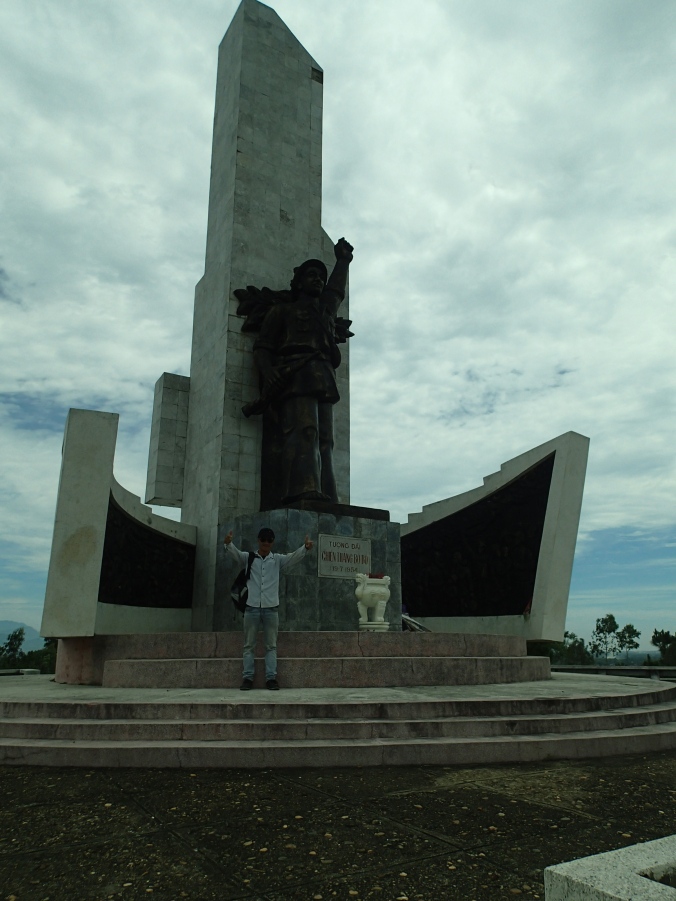 As we spoke, there has been diplomatic saber rattling about China’s encroachment upon Vietnam’s maritime rights. I hope that America lives up to its once sterling reputation as “guardians and champions of world justice.”

For all of our diplomatic blunders, we are still the preeminent guarantors of freedom against those nations which would look to subjugate their neighbors.

I hope that we realize the responsibility of that preeminence. The world depends on it.